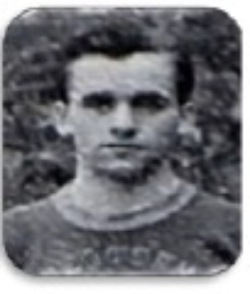 At the time of his death, the USS Enterprise was part of Task Force 58 (TF-58) supporting landings on Okinawa as part of Operation Iceberg. At 0615 hours on 14 May, the Task Force was attacked by about 28 planes as part of the Japanese operation codenamed Kikusui. Six planes were shot down by anti-aircraft (AA) fire and 19 by the combat air patrol (CAP). At 0657 hours, one suicide kamikaze carrying a 1,100lb armor piercing bomb carefully used cloud cover and avoided 5-inch and 40-mm antiaircraft fire while approaching the carrier from her stern. Just before the Zero passed the ship’s fantail, it flipped onto its back in a snap roll.  An instant later, the kamikaze pilot steepened his plane’s dive and crashed through the carrier’s forward flight deck at frame 44 centerline. The resulting explosion blasted most of the ship’s forward elevator more than 400 feet into the air.  The USS Enterprise was put out of operation, but was able to maintain her place in the formation and fight off more attacks that day.  ENS Grice, the ships sole bomb disposal officer, was struck by a bomb fragment in the back.  He perished from his wounds, along with thirteen of his shipmates that day.

ENS Grice was buried at sea and was posthumously awarded the Purple Heart Medal.  He was memorialized  on the tablets of the Missing at National Memorial Cemetery of the Pacific (Punchbowl National Cemetery), Honolulu, Hawaii and is survived by his son Charles Grice Jr.