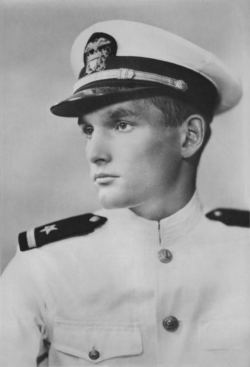 John Stanley Parker, Jr. was born in Boston on June 2, 1918. He prepared for college at St. Mark’s School in Southborough, MA and graduated from Harvard in 1941. He was one of 60 in his class to also graduate from the R.O.T.C. Afterwards he attended Tufts Medical School for 3 years before enrolling in the Navy. John died of wounds at Okinawa according to a Navy Dept. release of June 5, 1945.  John’s unit, MEIU No. 4, was awarded the Naval Unit Commendation. The small camp Bomb Disposal No. 3 at Okinawa was named Camp Parker in his honor.  His brother, Francis Stanley Parker, known as Frank, was 2 years older than John. He was released from prison camp in Germany about 3 weeks before John was killed. Frank always referred to John’s last Navy assignment as “underwater demolition.” He told his family that one of the men in John’s unit asked him to “take his place” that fateful day, and that John willingly agreed to do so. Frank had survived the war partially through luck, but mostly through intelligence, shrewdness and excellent judgment. He believed that in war, everyone “had their own destiny,” and that meant that you must never take on anyone else’s assignment. Of his brother, he said, “He died because he was just too nice–too trusting.” John’s Harvard Class Report of 1947 comments on John’s “indefinable inner spark” and empathic temperament. It adds: “Honor to Johnny meant the true codes of old chivalry and nothing was ever too petty to apply to his strict sense of honor.” ENS Parker was assigned to Mobile Explosive Investigative Unit #4 upon his death.