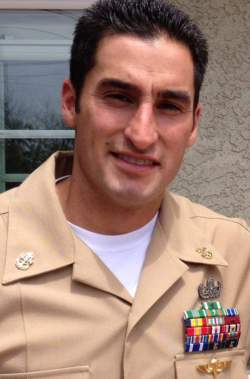 Jason Christopher Finan was born on August 26, 1982 and grew up in Anaheim, California. Jason reported to Naval Recruit Training Command August 26, 2003 to complete Boot Camp and Interior Communications Electrician “A” School. He was assigned to USS Ronald Reagan (CVN 76) where he served from April 21, 2004 to July 7, 2006. While onboard Reagan, he was accepted for EOD training and graduated as a basic EOD Technician on September 01, 2007.