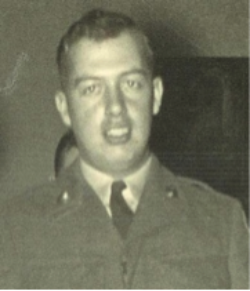 SP5 Paul W. Rice and 1LT Richard R. Deigert were killed on 10 June 1965. They were assigned to 8th Ordnance Detachment (Explosive Ordnance Disposal). They had picked up a number of armed M2A4 antipersonnel mines and M6 antitank mines with M603 chemical fuze, and were transporting them to a disposal area. The mines were stacked on top of each other. In route to the disposal area the 3/4 ton truck was driven down a steep with bumps incline resulting in the mines shifting in the rear of the truck. As the mines were armed, it is believed that the shifting and bumping caused one of the mines in the back of the truck to detonate and sympathetically (chain-reaction) detonated the other mines. The truck was totally destroyed and both individuals were killed.