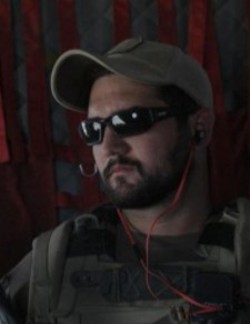 Staff Sergeant Jonathan Schmidt was born on May 4, 1984 in Miami, FL. He graduated from Thomas Dale High School in Petersburg, VA in 2003 and enlisted in the Army in July 2003 as a 37F, Psychological Operations Specialist. After Basic Training and Airborne school at Ft Benning, He was assigned to Bravo Company, 8th Psychological Operations Battalion in November 2004 and immediately deployed to Iraq. In November 2006, Staff Sergeant Schmidt volunteered to become an Explosive Ordnance Disposal (EOD) Technician. He graduated EOD School at Eglin Air Force Base, FL in March 2008 and returned to Ft Bragg with an assignment to the 737th Ordnance Company (EOD) and later to the 767th Ordnance Company (EOD). He became a certified EOD team leader in May 2009, and supported the 82nd Airborne Division as part of the Global Response Force. He led a team during a rotation of duty at the White House and later integrated his team with 3rd Special Forces Group (Airborne). He deployed to Afghanistan in January 2012 with 4th Battalion, 3rd Special Forces Group (Airborne) and supported the training of Afghan Commandos for eight months. SSG Schmidt was killed in action while conducting combat operations on September 1, 2012.

Staff Sergeant Schmidt is survived by his wife Natalie Marie, and their son Aiden.