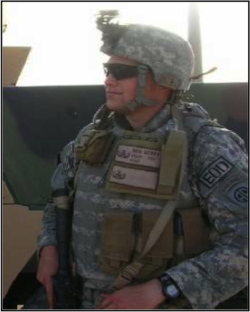 SSgt Bryan D. Berky, a native of Tampa, Florida, joined the Air Force in 2002 and graduated from NAVSCOLEOD in July 2004. He served on tours in Afghanistan in 2007 and 2009. He was deployed from the 28th Civil Engineer Squadron, Ellsworth Air Force Base, South Dakota. SSgt Berky was on his second deployment to Afghanistan when he died of wounds sustained from enemy fire while engaged in combat operations.

SSgt Berky is survived by his wife Erin and son Harrison; his parents Sonya and William Berky; and his brother Jeremy.