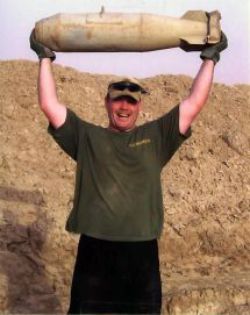 Christopher Strickland wasted no time joining the Marines. Strickland, 25, signed commitment papers when he was a high school junior, seeing it as a way he could leave his hometown of LaBelle to experience the world. “To him, to tell people he was a Marine was one of the proudest things to roll off his tongue,” said his high school friend, Whitney Chapman. Strickland was killed by an explosion Wednesday in Afghanistan.

He’d been working as an explosives technician in the 7th Engineer Support Battalion with the 1st Marine Logistics Group of Camp Pendleton, Calif. During his time in the military, Strickland reached the rank of staff sergeant, and had previously done two tours in Iraq. He leaves behind a wife and a 3-year-old son, who live in California, as well as a mother and two sisters.