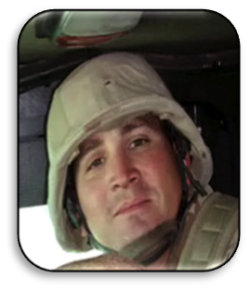 A member of the Air Force for 16 years, TSgt Weiner was on his second deployment to Iraq, from the 775th Civil Engineer Squadron, Hill Air Force Base, Utah. In Iraq, he was assigned to the 447th Expeditionary Civil Engineer Squadron and a member of the four-person Team Lima, which successfully executed 194 missions on the outskirts of Baghdad, resulting in the safe disarming of 129 IEDs.

TSgt Weiner was one of three airmen on Team Lima killed by a large vehicle-borne improvised explosive device.

He and his three brothers all joined the military.“It’s just the direction we all headed,” said his brother, Eric Weiner. “Timmy died, honestly, doing what he loved and something he believed in, truly.”

On Memorial Day 2008, Hill AFB dedicated a memorial to TSgt Weiner and the other members of Team Lima who died with him, SrA Daniel Miller and SrA Elizabeth Loncki.